Who is this Grant and Why does he Have a Park?

The Swift is located just next to historic Grant Park. Eclectic and unique, Grant Park is one of Atlanta’s oldest neighborhoods and home to one of the city’s grandest parks. The park was founded in 1883 when Lemuel P. Grant, a successful businessman and civil engineer for the Georgia Railroad donated 100 acres to the city. It was Atlanta’s first large city park and soon also became home to Zoo Atlanta and later the Cyclorama, the world’s largest painting depicting the Battle of Atlanta. In the early years, thousands flocked to the park for its winding paths through the trees, the cool waters of Lake Abana, the spectacular rose gardens, natural springs and picnic gazebos. Five street car lines brought visitors to the park and it was the pride of a growing city. 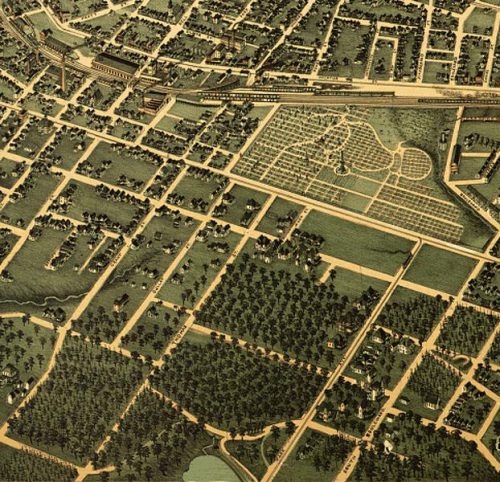 Today, Grant Park is still home to Zoo Atlanta and its 131 acres are forever protected as green space with access for all. In the summer months, a busy farmer’s market takes place on Sunday mornings with local growers and artists selling their goods. The Summer Shade Festival in August is one of the largest art and music festivals in the city. And in October, Sunday in the Park in Oakland Cemetery is a Victorian-inspired music and art-filled celebration. Throughout the year, visitors come to the Zoo, the pool or simply to enjoy the wide open space in the heart of a bustling city.